more AU-based mario OCs! this time it's Lathyrus' magically/artificially created child, and the last two heroes in the thing (a goomba and boo, who're girlfriends,,,,)

Toyhouse folder for all of them (so far)

more mario OCs! this time it's more for the first defeat of the shadow queen AU thing that Sinder's ancestor (now named Lathyrus) is mostly set in, two of the heroes +prince peasley's ancestor

current Toyhouse folder for all of them so far 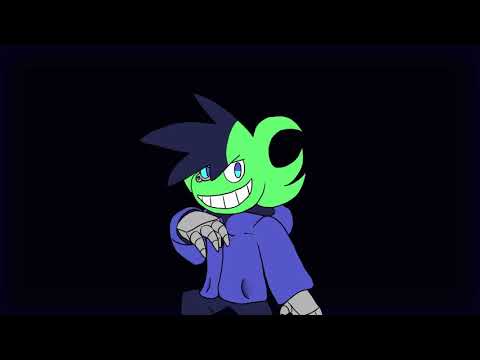 Bad as bad can be | animation meme

holy heck i finally finished this, it's jank as hell in some places but finally! my first animation meme! Original meme: https://www.youtube.com/watch?v=4Jsa...

guess what? i finished my first animation meme! the end's janky as heck but oh well i'm finally done with this hecking thing!

more mini refs time! this time it's Serenia, a former cat who was turned into a lemur/beaver hybrid after screwing up a potion. and Scoratts, Ashtan's twin brother who can transform into a spider-y mass to get out of danger. he also has a pet tarantula buut i still need to design them heck.

babies, finally remade these two to look more like their parent's species, aaand made a new orginal species to boot heck.

Sun and Moon are two kids that were adopted by the current king of the dream world, Star's the quiet one, while Moon a big troublemaker lol

more mini ref sheets! this time i really needed to redo these two's designs, mostly because they felt kinda boring compared to my other designs, and i wanted to have a rock/punk-style OC in the case of Jinx lol

have a random silly thing before i head off to bed, more of Shen/Sinder's relationship in a nutshell because the quote was stuck in my head lol

#Super mario #OCs #Shen #Sinder #comic #doodle #quote:dingo pictures #fanart #TK's stuff #(the first bit of it is a bit screwed up word wise but yeah) #(ms paint is fun to doodle in)

hey have some non-canon af shipping i drew randomly i guess.

Sinder's betrayal in a nutshell

have an old-ish thing i just finished, i've forgotten it up until today so the character art's kinda bleh but oh well~

Get down from there

another mario OC doodle, this time animated and with Shen alongside Sinder, i was very bored

i couldn't help myself and tried to do some more pixelart, the first one (Belle) was supposed to be me trying out doing a pokemon sprite, with mixed results, then i did Scrap because i wanted to figure out their design more/they need more art heck.

(i love doing pixelart too much help)

chapter 1-2 of Popple & Fawful: fragmentary eclipse has been posted i guess, i don't like it that much but it's better than nothing!

(idk how to write puzzles, but i tried i guess?)

hey new fanfic chapter postin', now we're on the island and going into the first area of the story. Popple's having a lot of Second thoughts on going trough this thing now oops.

also this whole first chapter thing was originally shorter in my NaNo drafts (the first boss fight taking place immediately after the trio got out of the plane) but... yeah i had to fix the Star Lake thing that i mistakingly left forgotten in it. so i thought of adding a temple quickly into it that NOW holds the first boss monster heck.

yo have the next chapter for the fanfic i'm doing, i'm struggling to write Popple's speech decently heck

hey i posted the first part of my NaNoWriMo fanfic thing i did this year, this is my first time ever fully doing this so i apologize for the clunky-ness of it.

imma post the next part of the prologue later, once i made some more progress with chapter 1 because i want a small backlog/it needs to be edited more than those two.

yo also have some art of a fanmade mario kingdom i'm making for a bugbro!au fanfic i'm doing for NaNoWriMo because i can't control my creative side heck, i'm calling it the lunaire kingdom for now until i fully get used to the name or figure out a better one.

done with day 20 of inktober 2019, decided to draw my my two warriors OCs Mousesage and Shadescar having a chat i guess